We are now a few stages before single man flying suites become commercially available for the masses. In this stage of the technology life cycle, it is common to see multiple companies coming up with their own working prototype.

In the next stage, some number of companies will figure out the business model and marketing channels while a lot more will fail. Many of the viable ideas and employees from these failed companies will get absorbed into the surviving companies.

The final stage would be when the manufacturing gets outsourced to China. During this stage, cost of production will drop by 10X. That is when adoption gains traction amongst the early majority .

The stage after would be when government steps in to define regulations for proper use in public.

Entrepreneurship is much like playing competitive basketball where it is becomes more mental competition and less physical competition as the game wears on. There will be phases during the fund raising process when you get so much external rejections and internal failed experiments that you starting thinking “am I just being a con-artist” when entering into the next fund raising session.

The real work of the entrepreneur is the mental exercise. Do not let external rejections and internal failed experiments cause your conviction to waver. Let the investor deal with their job (where to park their cash) and the management deal with theirs (how to use the cash). Your job one and only job is to convince the investor to part with his cash so that you can pass it to the manager to use the cash.

Do not confuse the roles of Entrepreneur, Management and Shareholders

When in fund raising mode, do not emotionally entangle yourself with “being accountable/responsible” for the funds that will be acquired externally to be put to good use internally. Just dealing with all the multitudes of external rejections during the fund raising exercise is in itself already a Herculean chore. There is no reason to self-sabotage by causing yourself to waver from your conviction by further introduction of self doubt during this critical process.

The important thing during fund raising is to rapidly filter out the naysayers and frame a story that will excite the remaining investors to want to part with their cash. Do not waste time with the naysayers.

It is unlikely that you will be able to haul in all the capital you need in one shot. Just figure what story you need to tell to the next person to pull in the resources necessary to snowball the idea bigger and repeat that process until the entire idea gets fully realized.

Ideas/ brain child a fragile creatures that need to be protected and nurtured by the founder.

People who started companies but only have experience working in technical functions will under appreciate the importance of story telling. These companies will ultimately fail. They do not see all the marketing the partners in the company did to get it off the ground initially. People who started companies but do not attempt to build up the company in fear of failing are people simply just trying to find a job for themselves. They are not entrepreneurs but self employed.

The reason why entrepreneurs like to hang out with other entrepreneurs is that they feed off each others energy. And that is crucial for the mental game that they have to deal will on a daily basis. The most classic example is Steve Job’s reality distortion field.

There is one fundamental difference between Jeff Bezos and Elon Musk. Jeff Bezos is from the investment banking background, since series A he constantly tweaks his story to the tune of the market to get the resources the company he require. Whereas, Elon Musk was so strong in his belief and charisma that right out the gates he was able to create a cult following around his company while polarizing all the naysayers. These two approaches are reflected in their companies share prices with Tesla being really really turbulent.

On the drop shipping market segment

Africa e-commerce is a strong trend.

Value of a software company is how deeply it goes into implementing support for a use case.

The story and business case determines how valuable a company will become.

There are more investors chasing after limited number of experienced founders. This explains the reason for ultra high valuation.

Investors are biased towards founders who graduated from prestigious universities

The best founders are those who are willing to slog working on the same problem day after day without giving up.

Engineers from second or third tier universities tend to be better hires. They have less feelings of entitlement and are more likely to have background of hardships and struggles.

GDPR does not allow use of personal emails for cold email campaign.

The optimized route for a startup is to first deploy a small skeleton crew to focus on mining for the insights on human behavior with cheap experiments that will support a viable business model before raising money and scaling up the operations.

Big organizations tend to forget the insights that lead to the founding of the company. That is how large companies get disrupted by new entrants who “rediscover” them.

If there is a company out there that is solving a problem you are trying to find a solution for but you cannot think of it off the top of your head, they might as well have been dead.

What you think might work will usually not. It is only when you land up in a promising domain and start mining for insights in that domain do you start finding ones that are useful for building a company with.

Screenwriting is probably the only occupation where you can envision how all the moving pieces fits together while you are lying in bed. Writing a business plan is a very useless undertaking because unless you have tested your business model to get actual market response, you will not know if it would work or not work. This is much of other inductive processes where much of the building blocks required to work are out there in the environment yet know and to be discovered.

Do not be fixated on what should but be instead embrace on what is and work for there when it comes to human nature.

Humans are motivated beyond pain and pleasure.

No one has considered hyperlinks themselves as important data elements.

It is usually the simplest actions backed by the most fundamental insights that drives the largest consumer adoption.

People feel that sense of accomplishment when they gather stuff thanks to our hunter gathering roots. They might not even need it at the end of the day.

The mass adoption of Slack and Quip might be a great channel for growing such an idea again but for the enterprise space.

The success of YouTube can be speculated to be due to:

Mark Cuban is a fake billionaire for selling Real networks to AOL which eventually got shut down after six months. Reason for Real Network being empty is because while it looking really impressive on the outside, it did not capture any of the user behaviors.

The level of auto traffic along the Cedar Street, Pecos Texas is a very clear proxy on the health status of the US Oil industry.

On mornings during times of Economic boom in the Oil industry, the Pilot center across the street could be observe lined with trucks rushing to fuel up as they go about transporting out their cargo to their destinations.

On such days, the empty parking lot in front of Custom Mufflers Tire Repair center could be seen filled up with trucks getting their wheels serviced.

With the election of President Biden, a bill was past that totally stopped all oil and gas related activities in New Mexico. This has resulted in the damping of traffic heading north along Cedar Street for the foreseeable future.

Type 1: Long only strategy: funds that buy and hold positions.

To increase profit funds would typically be leveraged. Levels of leverage is dependent on how aggressive each individual fund is. Long Term Capital Management for example, a fund that went bankrupt in 1998, was leveraged up to 20X for some of its positions.

During a recent frenzy co-ordinated efforts by Redditers bid up prices of stock symbols like GameStop and AMC. From a fund management perspective, funds belonging to Type 2 and Type 3 were heavily impacted by this black swan event. As losses in their short positions mounted, many received margin calls from their lenders.

It is likely that Type 3 unwinded the bulk of their long positions to cover their margin calls. This had the net impact of driving down share prices of other unrelated stock symbols as observed in the US Equities sell off chart above.

Depressed share prices due to the unwinding of long positions by Type 3 lead to a follow on cascading effect where Type 1 had to unwind their leveraged long position.

This large scale unwinding activity could be inferred from the inverted yield curve observed on 31st Jan 2021. This inversion could also be interpreted as funds opting to maintain liquidity levels by moving heavily into positions like short term US Treasury and cash as they await for the market gyration to settle.

The last time the yield curve was observed to be extremely inverted was on 26th Feb 2020, during the initial onset of the COVID-19, pandemic as illustrated below

That was rectified when the Federal reserve lowered interest rates to 0% and started quantitative easing on 13th March 2020. 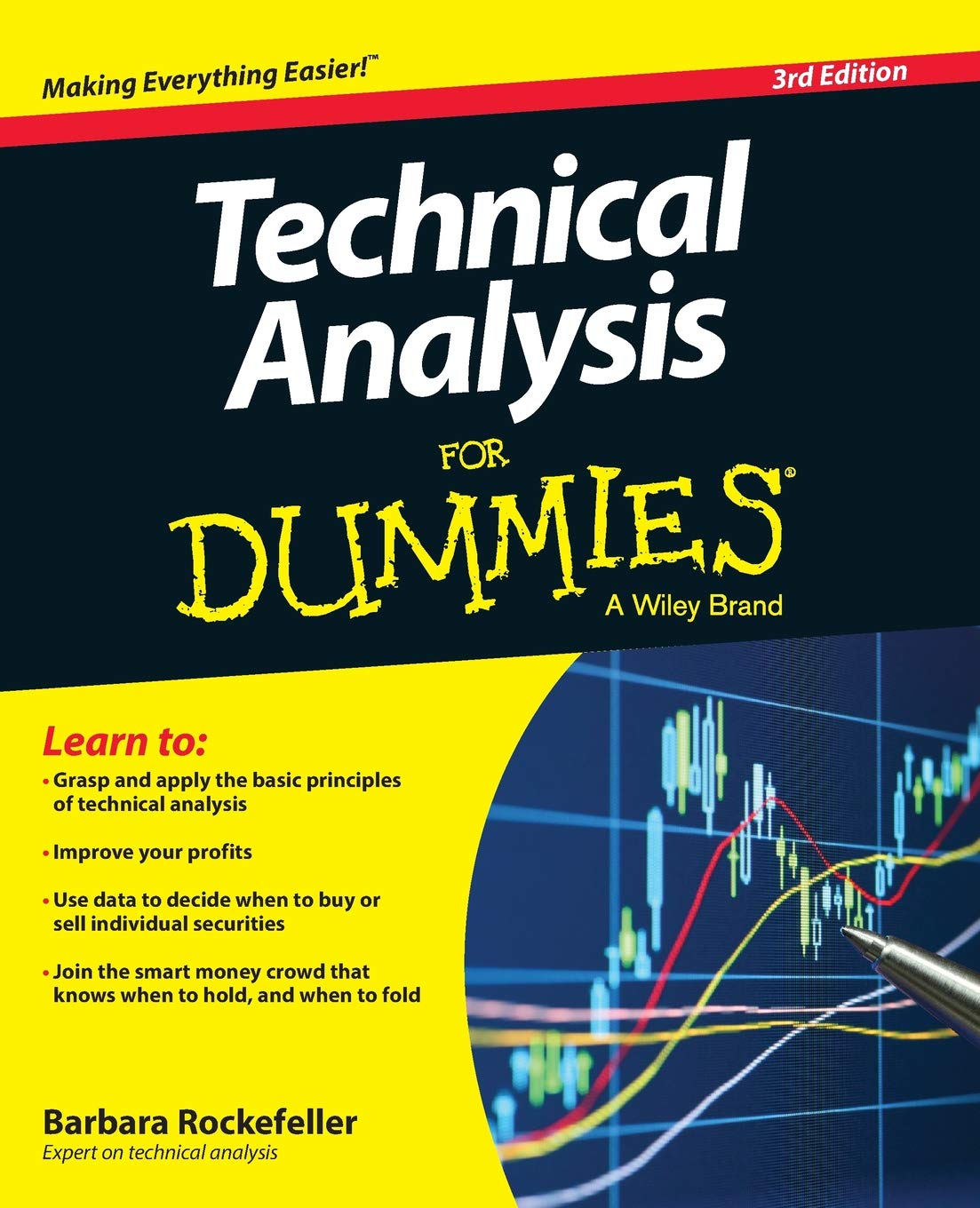